Be a Good Pet Parent, Get a Will 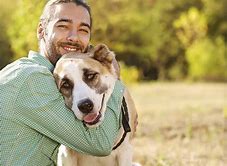 She was 45 years old and it happened suddenly. No one was expecting it to happen at this point in her life, but it happened nonetheless. “Laurie” passed away and no one knew it. She was in her apartment for several days – no one knows how long for sure. Her animals knew, though. They knew because they were inside her apartment with her.

Do you have a plan for your pets if something bad happened to you? As a pet parent, you should.

She had no plan for who would take her animals should the unthinkable happen. She was a single woman. A teacher. And when no one had heard from her, her coworkers went to check on her. They saw a notice on her front door and never heard the dog bark, which was unusual for him. Finally, they heard him whimper. That’s when they called 911.

They were taken to the local humane society or pound, checked out by a veterinarian, and then placed up for adoption. These animals had no idea what was going on and as you can imagine, they were very scared. As it turns out, a group of us worked hard at finding these critters a good home. Thankfully, they were all adopted, together, by a friend of Laurie’s from out of town.

What is the significance of this? Laurie had no will. No one knew anything of what she wanted should the unthinkable happen. Life doesn’t always go as planned, does it? She was a young woman and no one thought she would pass away so soon. At the time of this blog, we don’t know what happened to her, only that she passed away, no one knew, and her animals were subjected to being locked up with her body for days.

How important is it to plan ahead? Extremely important. It’s not just important if you have children, it’s also very important if you have animals. You are, after all, a pet parent. I was in my early 40s when I made provisions for my animals. As much as I love them in life, I want to make sure that they are taken care of and loved when I am gone. They won’t understand what’s happening, only that I’m no longer there. For me, as a pet parent, it was important that those details were taken care of no matter what.

As a dog trainer with over 20 years of experience, I don’t think I’ve brought up this topic before. It was incredibly important to me in light of this current situation however. So many people think they are pet owners, but I challenge you to see yourself as a pet parent instead.