Lack of Dog Discipline? 3 reasons to draw boundaries with your dog today 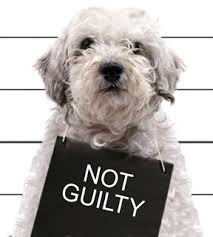 I recently received a call from a gentleman who has a three year old Rottweiler. This man had a history with the breed and had really nice dogs, until he got this most recent pup. As a puppy he would bite as his owner’s hand when reaching for the bowl. Obviously, that is something that cannot happen when a dog is fully grown, so should be nipped while still a puppy, but the owner didn’t.

Three years later, the owner had a nightmare 90 pound Rottweiler on his hands. Named “Otto” to honor his German heritage, this dog is both a big cuddle bug and an aggressive tank at the same time. At about 3 am, Otto went after some toy and ran behind the couch. The noise woke up his owner and he went to see what the issue was. He saw Otto behind the couch and went to get the toy because it was time to sleep, not time to play. Irritated, he reached for the toy and Otto bit and bit hard, breaking the hand of his owner, requiring a massive surgery with metal and screws needed in order to repair it.

Dog Discipline Reason 1: Without it, your dog can be a danger to you or others

Otto may have bitten his owner, but as soon as the bite happened, the dog knew what he had done and he came up to his owner to offer his apologies by snuggling up to him. But, it was this bite that caused the owner to call me in to teach Otto some dog discipline.

I was prepared for a big dog to greet me by jumping on me, slobbering on me, and generally trying to overtake me, and I was right. This can create a dangerous situation for someone who is jumped on and knocked over. I brought my knee up to protect myself while also creating space between Otto and I. It was a quick lesson as I may have been the only person to stop him from jumping on them.

Dog Discipline Reason 2: A tired dog is a good dog

While at the house, I saw that Otto was able to do just about anything he wanted. He was excited and had a lot of energy. Normally, with a high energy dog, I like to ride my bike while the dog is connected to me by a leash or a device made for leashing a dog to the bike. This tires the dog out physically so I can work with him better. Unfortunately Otto had hip dysplasia which means running him isn’t a safe option and could hurt him. Instead, we went on a walk. This, along with the behavior training I did with him, made him tired both physically and mentally.

Dog Discipline Reason 3: Dogs are pack animals who need leadership, or they become it.

I discourage dog owners from allowing their dogs to jump on the furniture without permission. If your dog is jumping up on the furniture without being invited, your dog believes he owns anything he climbs on. Pretty soon your dog owns your whole house and allows you to live there and pay the mortgage! While it’s not a bad thing to love on your dog, he does need rules to follow.

People often tell me that their dogs never behave well except with me. That’s because I do show them I am the leader and they understand the boundaries I create with them. They have rules to follow, and after I teach the dog, it is up to the owner to reinforce the new rules and take on the leadership role with their dog. Otto quickly learned he couldn’t get over on me like he did his owner.

The moral of the story

Dogs need exercise, rules and boundaries, and then love, in that order. If dogs like Otto are loved on all the time, it is not healthy for them. Because dogs are natural followers of humans, they need humans to step up and provide leadership to them. They need to be able to follow their human. Without leadership they end up making decisions for themselves, which is uncomfortable for them. So, be a leader for your dog. Fulfill his needs. And when you come across a situation where you’re just not sure how to handle but you know something has to be done, call me. I’ll help.